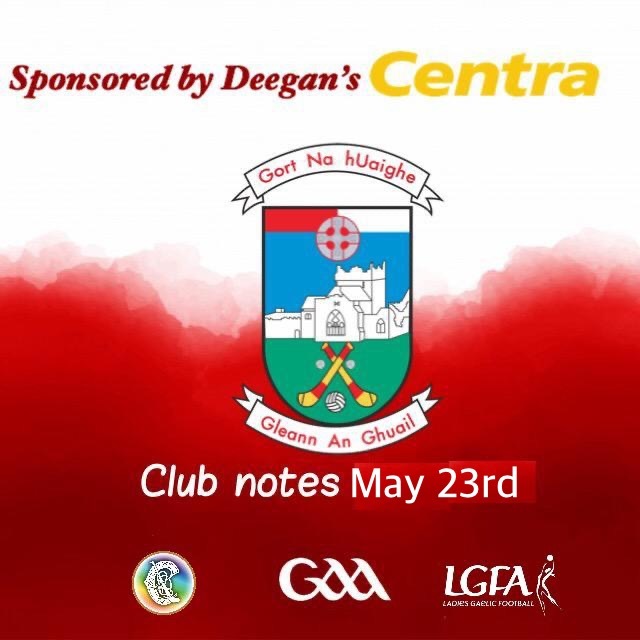 Published: about 1 month ago

Our fun academy for u5s and U7’s continues this Saturday from 9:30am

Our under 7s will have a hurling blitz this Friday evening in Dr Morris Park Thurles.

Training continues on Monday evenings from 6:45 to 7:45pm for this group

Our u13 hurlers have been graded in B for the coming season in the Mid championship. We however only have one other team in our group in the form of Drom & Inch.

Well done to our under 15 footballers as they have now qualified for the Mid U15 B final after a one point win over Drom & inch last Friday in Clonmore, 2-6 to 1-8 was the final score. We now face Moycarkey Borris in the final, time, date & venue TBC but likely to be Wednesday evening

Last Sunday morning our U15 team welcomed Cobh to Gortnahoe for a challenge match whilst on route to Semple Stadium the lads put on a great display of hurling and football.
Thanks to Cobh for a great game and look forward to meeting ye again in the near future. 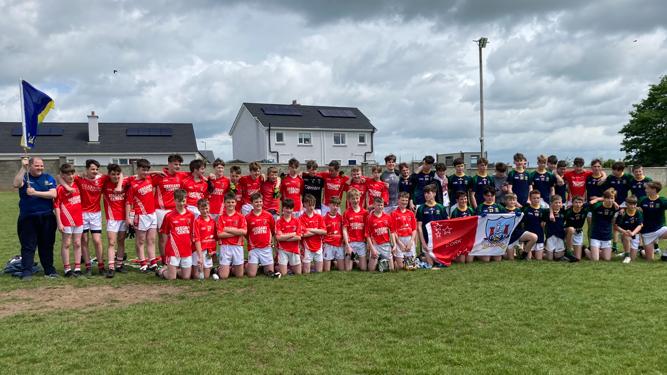 Our Under 17s hurlers continued their County league campaign with a good 0-22 to 4-6 home win over Kiladangan last Monday. This makes its 4 wins from 4 heading into our last game v Ballinahinch

Our Junior footballers begin there Mid Junior A campaign with an away fixture versus Holycross this Thursday at 7:30pm in Holycross. Best of luck to all involved

Kickham Park provided the backdrop for this game, a game that showed how close both these sides are. In a battle of the number 12’s Gortnahoe Glengoole scored three unanswered points in the last three minutes of extra time to take the spoils. Aided with a strong breeze Moyne Templetuohy started well and found themselves three points to the good inside the opening three minutes, the pick of the scores from Diarmuid Leahy on his own 65. Willie Brennan settled his side with a good score from the left before John Hassett and Éanna Guilfoyle (free) extended his sides lead to four. In a hard hitting game both teams felt the effects with both physios in full flow. Gortnahoe really got their purple patch through. Star forward Liam Hayes got his first before Oisin Cleary knocked over his first placed ball of the day. Sam Atkinson Lynch scored a wonderful score before two more Cleary frees brought his side one point to the good on the twentieth minute mark. Eoin Ryan drew the sides level before Hayes again send his side into the lead. Moyne Templetuohy were now beginning to flow a bit more and using the breeze knocked over the next three points with Eoin Ryan, John Hassett and Niall Russell all scoring. Gortnahoe though only went in one down at the break as Liam Hayes again contributed right on the stroke of half time.

This game had the feeling of going to the wire! Moyne Templetuohy emerged and knocked over the next three scores with Eoin Ryan, Deegan and Dee Leahy all pointing. Oisín Cleary though settled his side with another free. His counterpart Guilfoyle knocked over another placed ball before Gortnahoe got a grip on proceedings. Although the game may have been more stop start then the initial game the hits were in doubt much harder. Oisín Cleary again put his free taking skills to use and knocked over two more scores with this reporters man of the match Liam Hayes getting the third. One point game with over ten minutes of hurling still to be played. Ben Ryan extended the gap to two. Scores in the final few minutes were at a scarcity with both sides hitting wides they would be disappointed with. Cleary and Tommy Duggan pointed to level the sides on the stroke of 60mins. Extra time loomed but an Éanna Guilfoyle free put his side into the narrowest of leads! The game wasn’t over and up stood young Oisín Cleary who sent this game to extra time.

Extra time was going to be a battle but with the prospect of penalties looming, both sides gave it everything for another twenty minutes. Éanna Guilfoyle opened extra time proceedings with another free. Once again his counterpart Cleary fired over two of how own frees to give his side a slender lead. Damien Cantwell levelled things before Nigel Kenny pointed a good score of his own. Johnny Hassett had the last puck off the half and tied the game once again on the half time whistle. 0-18 each! Éanna Guilfoyle knocked over his sixth of the game for Moyne Templetuohy on the opening minute of the second half. Cleary again levelled from a placed ball before Aaron O’Neill pointed a great score to put his side one up. This half may not have produced much scores but it was indeed a war of attrition. Gortnahoe finished the stronger and the final score of the game came from the man Cleary with his 0-12 score of the game! Moyne Templetuohy could not find a response and Gortnahoe emerged victors on a 0-21 to 0-19 score line.

Although it took over 160mins of hurling to separate these sides, this was a tough hard game which both teams will be happy to have got. Both sides had good performances as they now look to championship which will begin very shortly with a round of football coming up next week. Captain Colm Scott collected the cup on behalf of his colleagues and in a lovely speech dedicated this win to the late Ronan Stanley RIP who sadly passed away earlier this year. 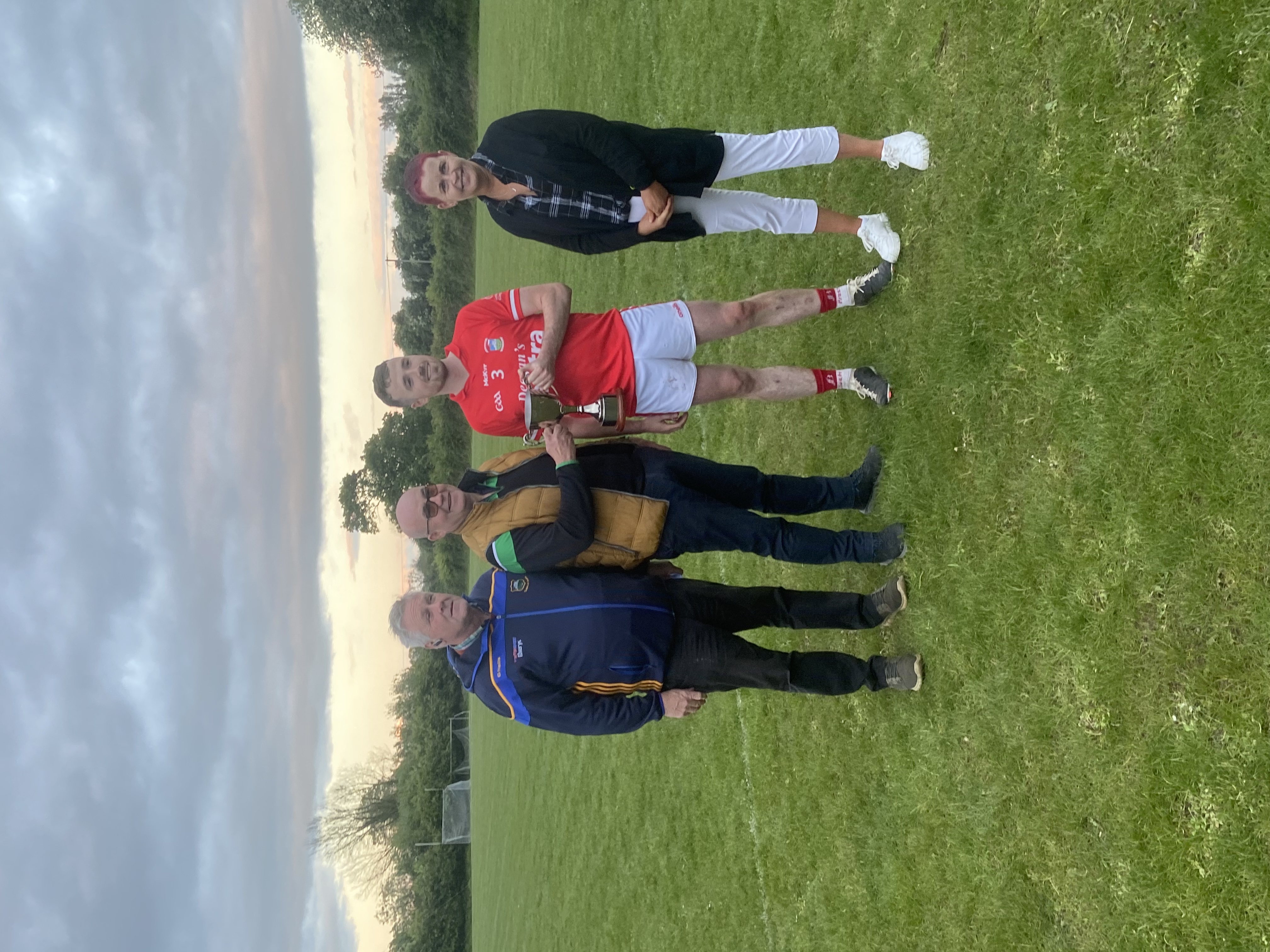 Our Premier Intermediate hurlers have qualified for the County league semi finals as a result of Roscrea defeating Templederry last Tuesday night. We now face Eire Og Annacarthy on Saturday 4th June at 6:30pm in Annacarthy 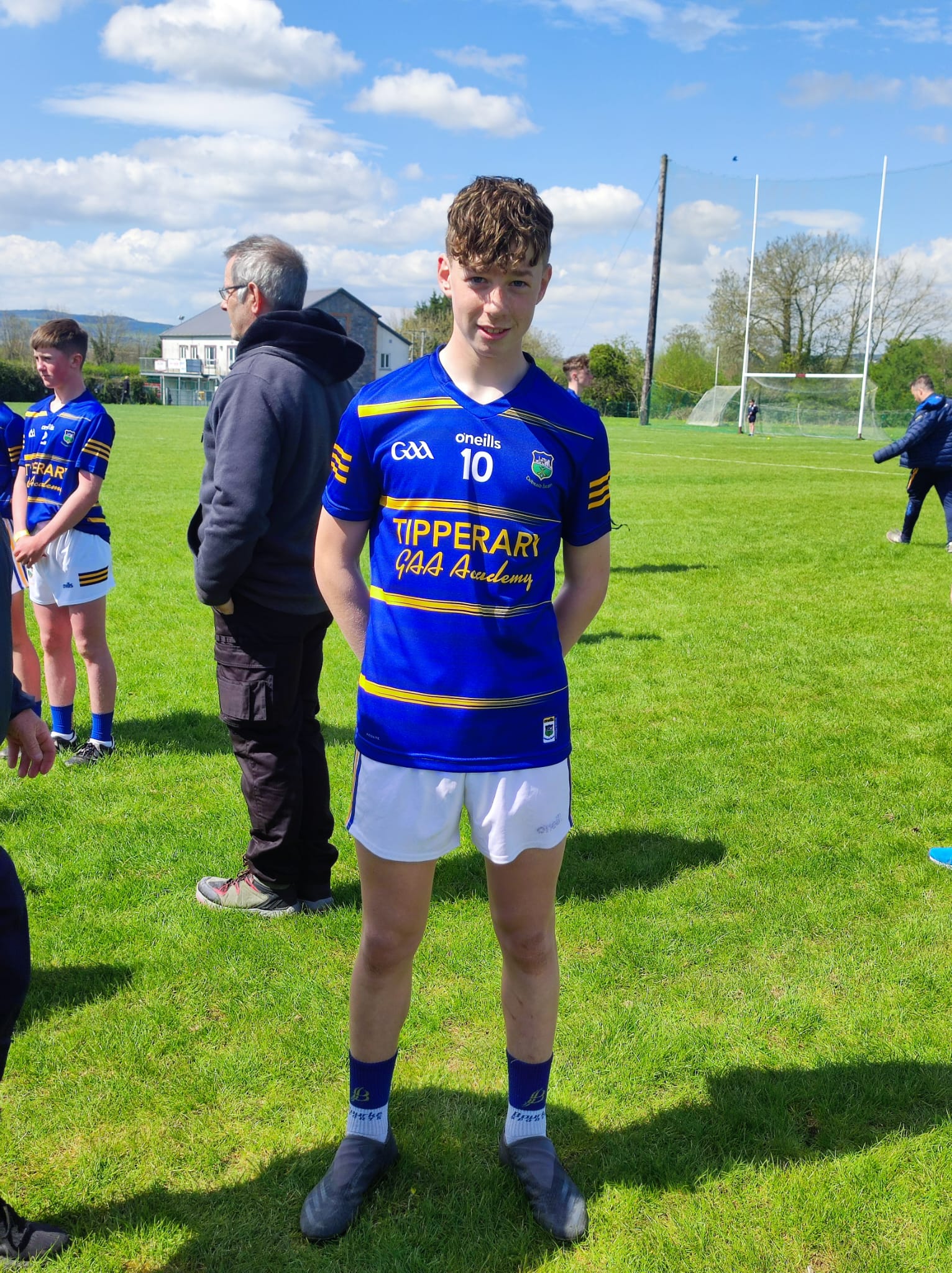 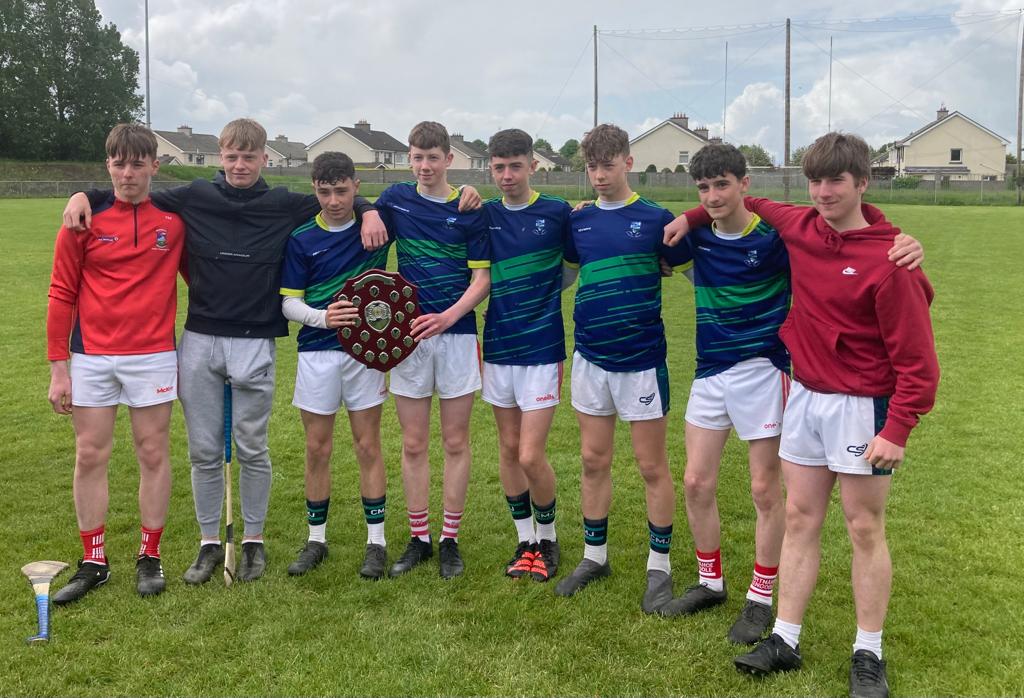 Well done to our under 10s who fought a hard battle against Tullaroan last week. Best of luck for their match this week against Ballingarry

Tuesday eve u21 team playing Carrick in Carrick at 7.30.

U21 Match Sunday morning May 29 th in gortnahoe v Ballybacon at 12 .

U12 camogie training continues every Wednesday evening. The girls travelled to Goatenbridge on Friday evening last and scored an impressive 5-5 to 0-4 against Ballybacon Grange.  Next match in the competition is on this Tuesday May 24th in Gortnahoe against Fethard at 6.30pm.  The U12's and coaches would like to wish their team mate Maria Doyle and all her class in Moyne the very best on Tuesday when they celebrate their Confirmation.

U14 girls had a comprehensive win over St Pat’s in Gortnahoe on Wednesday evening and have one more game left in the group stage where we play Clonoulty Rossmore in Clonoulty on Thursday evening.

Congratulations to our gallant u16 camogie team who had a super win over Portroe on a score line of 2-11 to 2-07 on Monday evening in the County U16 C plate final played in the Ragg Camogie ground. Well done to all involved

Report by our very own club player and Gortnahoe N.S teac...

Best of luck to Gortnahoe N.S

COUNTY FINALBest of luck to Gortnahoe N.S. who will be co...