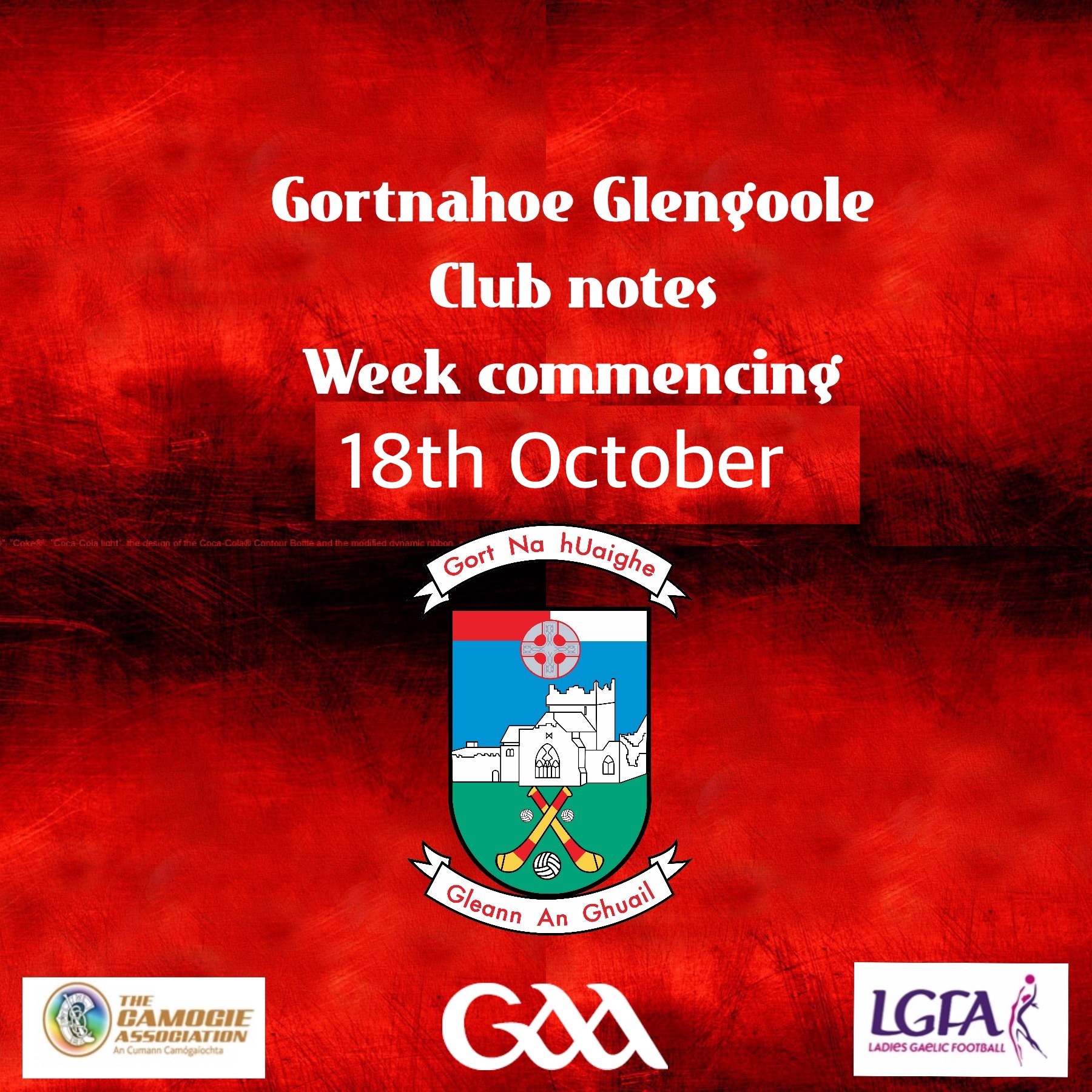 Published: about 1 month ago

Our Drive in Bingo continues this Saturday at the new time of 5pm in the GAA Grounds. Gates open from 4pm.

U7s finished up for the year on Saturday. Thanks to all involved in making it a enjoyable year for the kids involved

U9s continue to train as normal

The U15s captained by Lee Norton won the mid final against Moyne last Thursday by 2 points. Eamon Long got the man of the match award.They played Rockwell Rovers in the county semi final Sunday in Gortnahoe winning by 6 points. County final will be on next weekend no fixture made yet. Best of luck to all involved

The u11s travelled to Cahir on Saturday morning to compete in the Michael Hogan Festival of Football. There were six teams involved - Cahir, Dromaninch, Rockwell Rovers, Toomevara and Clonmel Og.

U13 - Match vs Thurles Sars was rescheduled for a later date . The u13s continue to train and prepare for next match in the League vs Slieve Felim in Gortnahoe @ 2pm Sunday 24th of October

Minors prepare for their next championship match which takes place bank holiday Monday 25th against Carrick Swans in Carrick on suir @ 11am.

Juniors took on Ballingarry in the County Quarter Final last Sunday. It was a tough physical match between two well matched teams. Gortnahoe were victorious in the end winning 1-11 to 1-06. They've now secured a place in the County Semi-final which takes place the 31st of October, time and venue TBC.

Our Senior hurlers took on Templederry Kenyons in the Seamus O Rian Senior hurling Quarter final on Sunday in Templetouhy. In a game where we never got going we suffered a heavy defeat to a very well drilled Templederry outfit who will be hard stopped going forward. 3-28 to 2-15 was the final score and this ends our involvement in the championship. Looking back on the year great progress was made on our first year up Senior and we exceeded all expectations. A huge thank you to the 3 biggest club men you could find in Keith Corbett, Lenny & Ronan Stanley who have done a great job with this group of players and have given it their all over the last 3 years.

Our Junior C hurlers take on Loughmore in the inaugural Mid Junior C hurling final next Saturday at 7:30pm under lights in Templetouhy. Best of luck to all involved

Our Junior B hurlers will have to wait until the weekend of the 31st to play their Mid final v JK Brackens due to Brackens involvement in football championships this weekend. Details of this final will be published next week.

Our Junior Ladies football will play Holycross in the County Semi Final on Monday 25th October at 11am. Venue TBC.

The ladies football club will run an Introduction to Ladies Football fun Camp from Tuesday 26th to Thursday 28th October for girls at Under 8, Under 10, Under 12 and Under 14 levels. The camp will run from 10 - 12pm each day. The aim of this camp is to introduce girls to Gaelic football through fun and inclusive games, with focus on ladies football skills development in preparation for the creation of our underage club in 2022. A link to the online application form will be available this week.

Best of Luck to our Ladies footballers who contest the Co...

This Sunday in our club grounds the Juvenile Club will ho...

Massive well done to all involved in Saturday’s historic...